A nice visualisation of the Internet growth

During the last thirty years, computer networks and the Internet in particular evolved from a niche technology that was only known by few scientists into a mainstream technology that affects a large fraction of our society. Thirty years ago, Ethernet was already deployed in universities and many of them started to be connected to the Internet with bandwidth that would be considered as ridiculous today. In parallel, the number of users who have been able to access the Internet has grown tremedously and the Internet is slowly being considered as important as electricity in many countries.

WawamuStats has released a nice video showing the evaluation of the 10 countries having the largest number of Internet users since 1990. 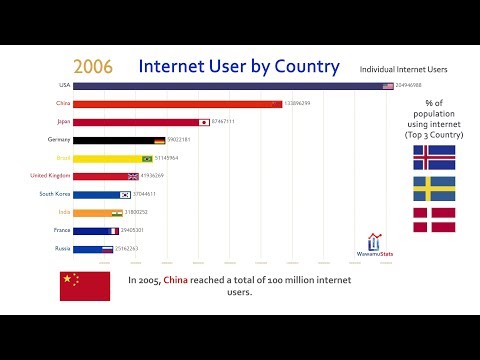