TCP Fast Open is a TCP extension that enables client and servers to place data inside the SYN and SYN+ACK packets during the three-way handshake. This extension has been pushed by google to speedup short transfers. It is defined in RFC7413 and its Linux implementation is described in a nice LWN.net article.

Despite being supported by Linux and Apple, it has not yet been widely deployed on servers. Recent measurements collected by netray.io show that a growing number of servers support TFO. 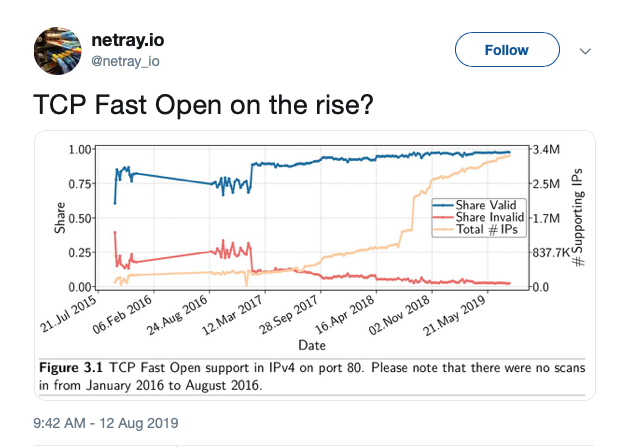