The Transmission Control Protocol (TCP) is one of the most important protocols used on the Internet. The first TCP specification was published in RFC793 in September 1981. During the last 39 years, TCP has been regularly improved without a revision of RFC793. In 2013, Wesley Eddy started to work on rfc793bis. After almost two years, the TCPM IETF working group decided to adopt this effort. Five years later, we now have a consolidated version of the updated version of RFC793.

A last call has been issued for the new document, draft-ietf-tcpm-rfc793bits. This last call means that the working group members will review the document and provide the final feedback, hopefully before an IETF-wide last call and the publication of this version. If everything goes well, the revised version of RFC793 could be officially published before the 40th anniversary of RFC793. Note that this document still does not contain congestion control or the different TCP extensions that are specified in existing RFCs. 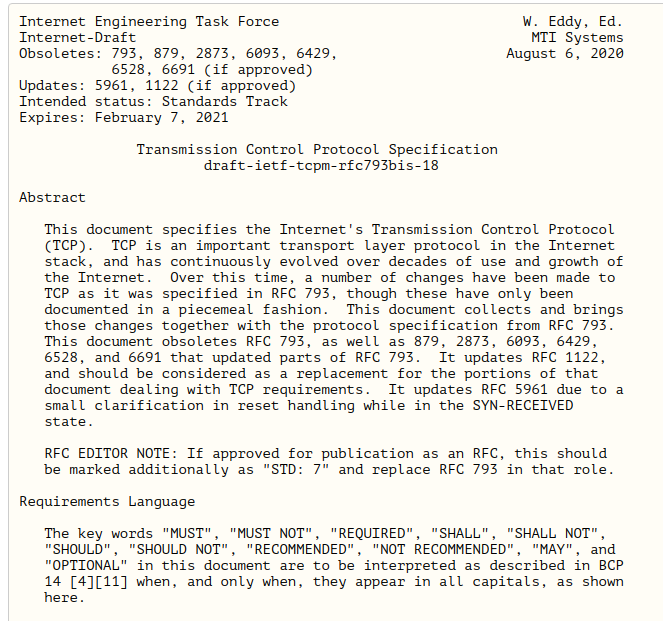