Most of the Internet protocols have been document in Requests For Comments (RFCs). Initially, these documents were simply a set of notes that were exchanged among networking researchers. The first of these RFCs was published on April 7th, 1969, 50 years ago. 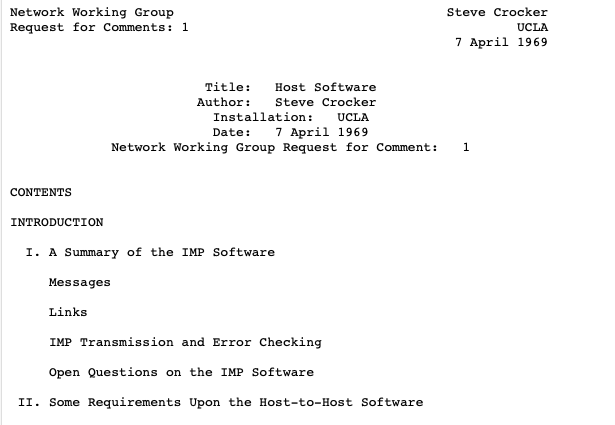 After half of century, there are now more than 8500 RFCs that have been published and this number continues to grow. Thanks to the utilisation of plain ASCII text to write those RFCs, the entire series remains easy to read and to update. Another important point for the dissemination of the RFCs was that they were freely available to anyone, while many standardisation bodies restrict their documents to paying participants. Several posts have described the evolution of these RFCs, see e.g. :