The end of plaintext protocols ?

Internet protocols have traditionally been clear-text protocols and many protocols like SMTP or HTTP could be tested by using a simple telnet session. This feature was very handy when testing or debugging protocol implementations. However, it is difficult to implement a correct parser for plaintext protocols and many of these parsers have suffered from bugs. Binary protocols have a more precise syntax and are thus easier to parse at least if they do not contain lots of extensibility. All Internet security protocols including IPSec, TLS or ssh are binary protocols. With the Snowden revelations, the IETF has strongly encouraged the utilisation of security protocols to counter pervasive monitoring as explained in RFC7258.

This has resulted in a very fast growth of the utilisation of security protocols such as TLS. Google’s transparency report shows that in early 2018, Chrome users use HTTPS to interact with more than 2/3 of the existing web sites.

This fast growths of HTTPS is likely a consequence of several factors. The Snowden revelations have encouraged more system administrators to enable HTTPS on their servers. This large scale deployment has been made possible by several factors. First, with the growth in CPU performance and the implementation of more efficient cryptographic algorithms, the overhead of supporting HTTPS as decreased. A detailed discussion of these improvements may be found in a recent posting by Vlad Krasnov on Cloudflare’s blog. A second factor are the TLS certificates. A few years ago, installing TLS certificates on a server was both lengthy and cumbersome. This deployment problem has been illustrated in the “I Have No Idea What I’m Doing” - On the Usability of Deploying HTTPS paper presented at Usenix Security. Fortunately, the Let’s Encrypt project developed an excellent and automated method to associate TLS certificates to web sites. In less than two years, they have managed to distribute more than 70 millions of certificates, a huge achievement from a deployment viewpoint. 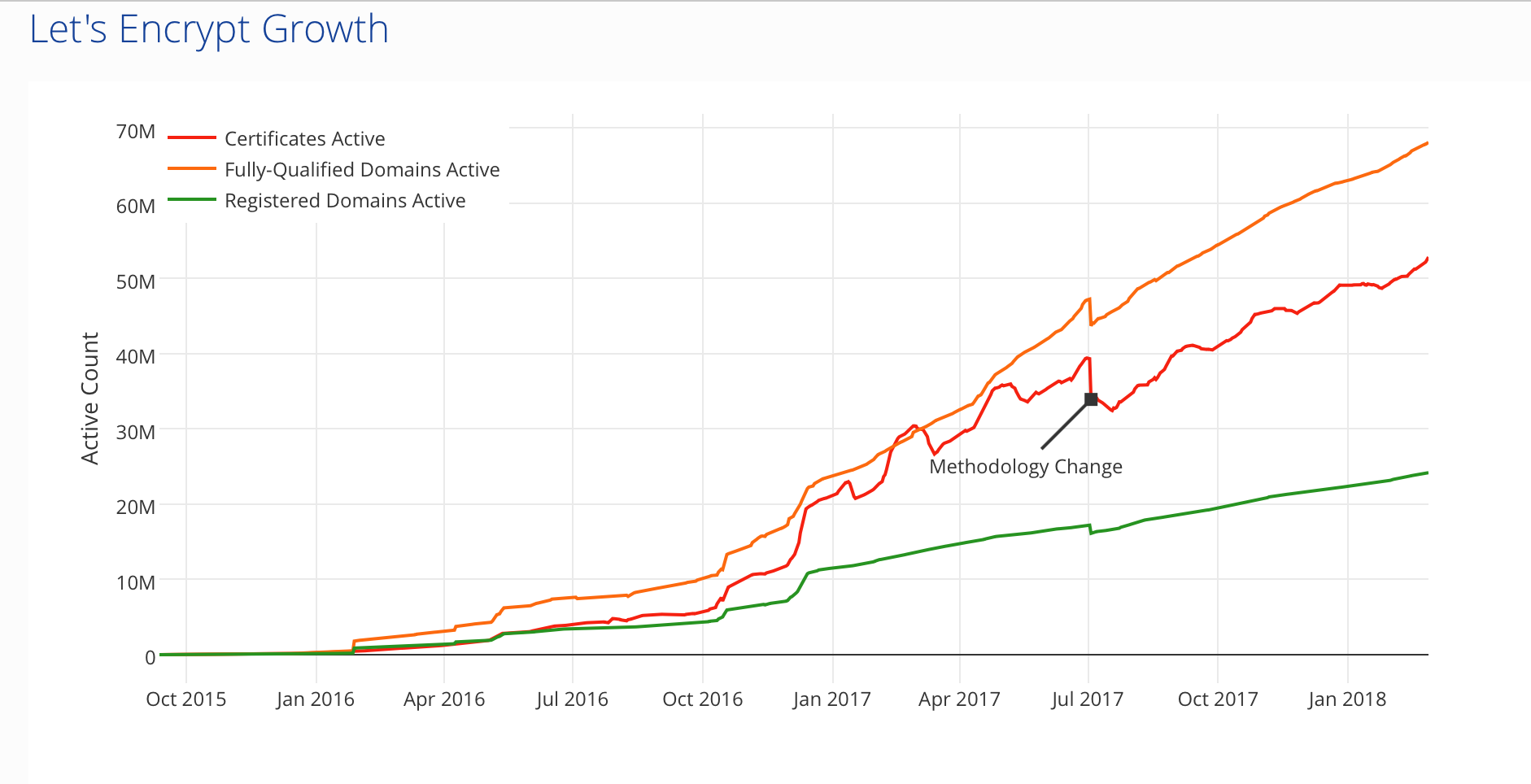 This growth of HTTPS is far from being finished. Recently, Google has announced that in June 2018, Chrome will flag the web sites that do not support HTTPS as insecure. Firefox 59+ also contains a configuration parameter to flag HTTP websites as being not secure.

In a recent post on Cloudflare’s blog, Patrick Donahue provides an interesting summary of the history of the deployment of HTTPS.