Today, most of the telephone traffic is carried over IP networks using Voice over IP technologies. A few decades ago, it was the opposite. The first data connections were made using modems that convert a binary signal into an acoustic signal which can be carried over regular telephone lines.

The first modems could carry 110 bits/sec in the 1950s. This technology evolved slowly until the late 1980s when improvements in digital signal processing techniques made it possible to send several kilobits/sec over the telephone line. During the 1990s, modems reached 56 kbps their upper limit over regular phone lines. They were the main access network technology for home users. They were then replaced by ADSL and other network access technologies.

A recent tweet by Brian Roemmel brought back some interesting information about this technology.

Fist, Brian Roemmel posted a really nice video showing how the sound of modem spans the different frequencies. Check it at https://twitter.com/BrianRoemmele/status/1330376384871501824 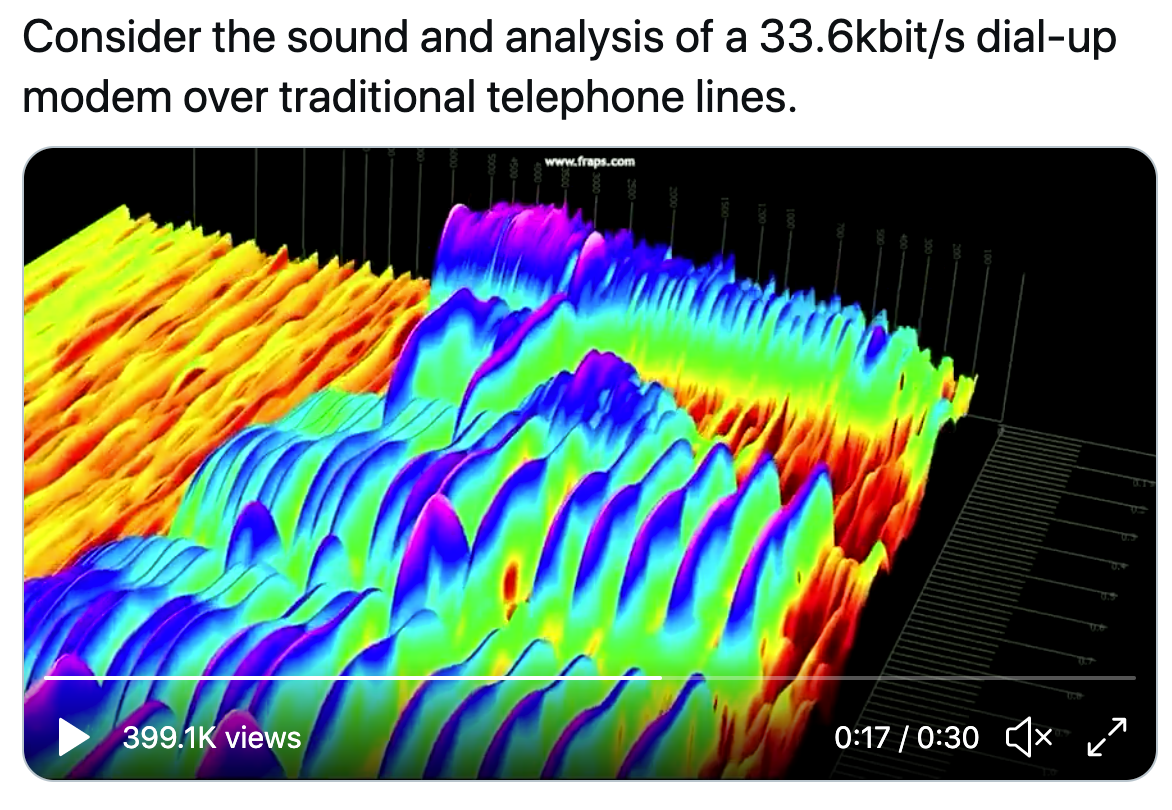 If you are curious about the sound produced by different modems, there is a nice video on youtube mentioned by Karl on twitter. There is also an interesting explanation on http://www.windytan.com/2012/11/the-sound-of-dialup-pictured.html

*This blog post was written to inform the readers of Computer Networking: Principles, Protocols and Practice about the evolution of the field. You can subcribe to these notes.