When I discovered Unix as a student, one of its most impressive features was the availability of the entire documentation through the man command. Compared with the other computers that I had use before, this online and searchable documentation was a major change. These Unix computers were also connected to the Internet, but the entire university had a few tens of kilobits per second of bandwidth and the Internet was not as interactive as it is today.

Today, when I explain the benefits of Unix to students, they do not feel impressed by the man pages anymore. They are used to have access to tons of information within less than a second from the Internet and man seems a prehistoric command. As a teacher, I’ve tried several approaches to encourage them to read manual pages, including multiple choice questions about man pages and hypertext links to man pages in the open-source introductory ebook that I wrote (in French) on computing systems.

I recently saw two interesting approaches that I plan to explore with bachelor students during the next semester.

TLDR is a set of very short examples on the Unix commands. These examples try to show the basic usage of the commands and could be used as a starting point for new students. This is an open-source project which could be extended by students. I often encourage students to propose extensions to the tools, software and documentation used for the courses. This motivates the bright students to explore the course topics even more… 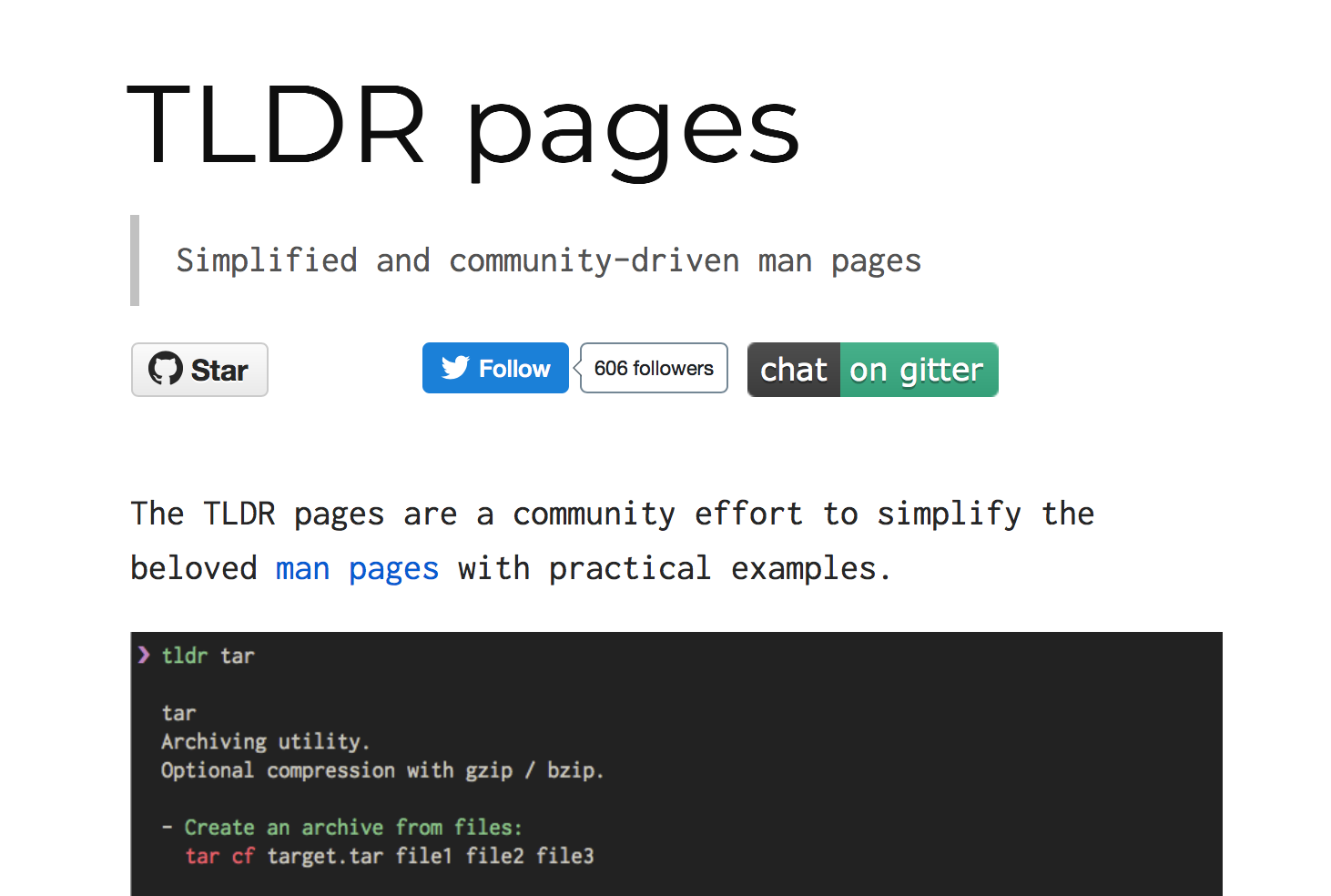 There is a web interface on https://tldr.ostera.io/ if you’d like to experiment with it. 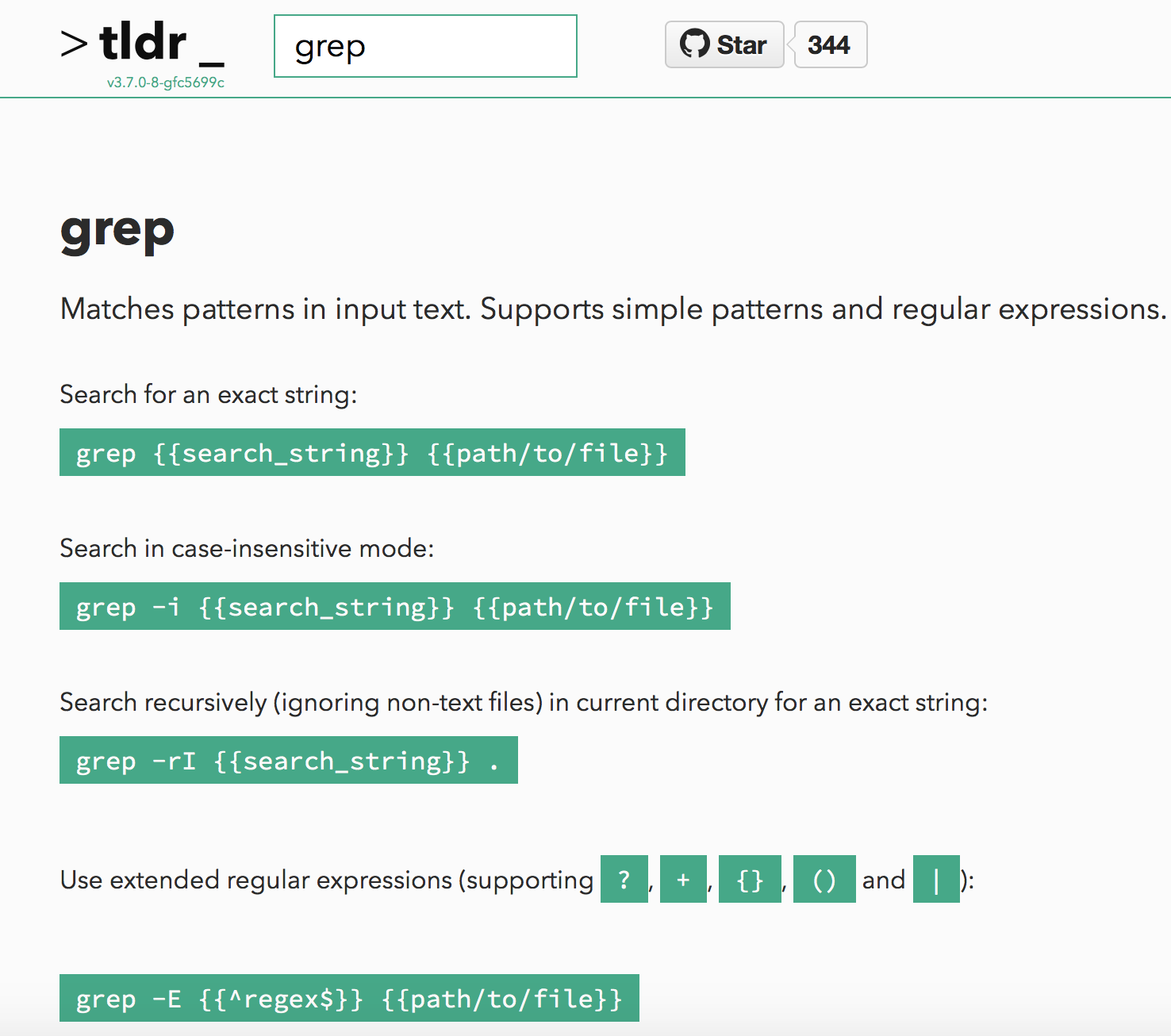 Another interesting software is how2, available from https://github.com/santinic/how2/blob/master/README.md. It supports queries in natural language and provides answers and examples in the terminal.