Networking Notes - towards even lower latencies

Latency is one of the important quality of service metrics in IP networks. The latency of a network path depends on various factors :

Latency is important in many networks and large content providers have deployed edge servers close to the endusers to reduce the latency to reach these users.

However, there is one industry which is obsessed by network delays : the high-frequency traders. These companies buy and sell stock on the stock markets for very short periods of time and try to exploit the differences in prices between two different stock markets. Many of these companies now compete to build the network with the lowest latency between important stock markets in different parts of the world. Finding a network path that is a fraction of milliseconds faster than their competitor can result in lots of revenues for these high frequency trading companies.

A recent article A Bird’s Eye View of the World’s Fastest Networks, presented by Debopam Bhattacherjee et al. at IMC’20 reveals very interesting information about this quest for smaller latencies. The figure below, extracted from this article, reveals the evolution of the latency on the New-York - Chicago route during the last years. 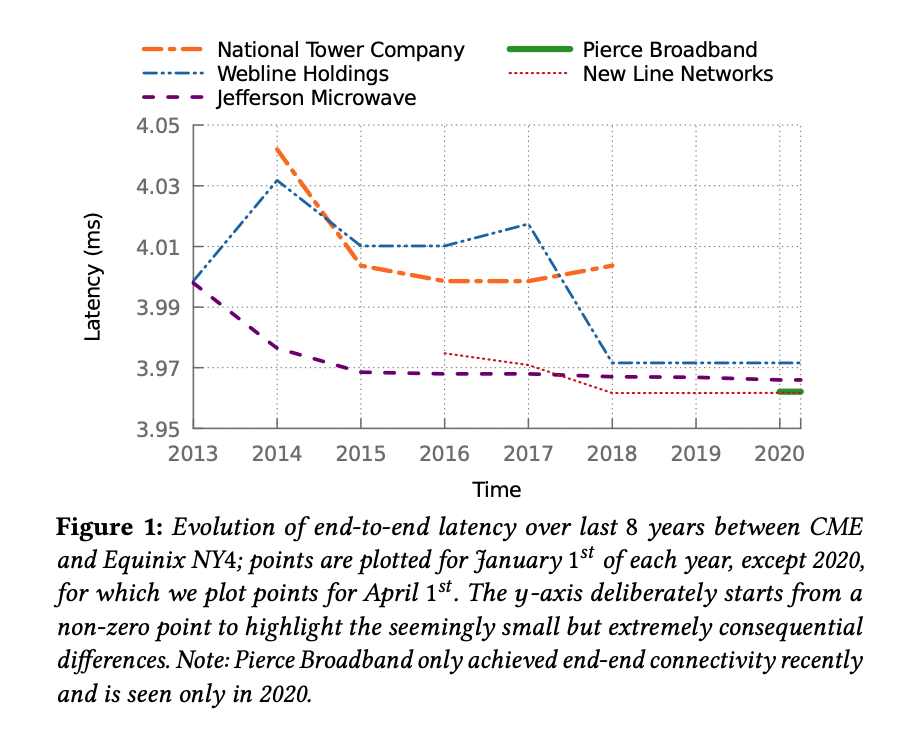 If you read French, you might also be interested in 4, a book written by Alexandre Laumonier who describes how such a low-latency network was built between London and Francfort.