Email is one of the oldest applications on the Internet. Initially, email was used to deliver emails between two Internet hosts by using the SMTP protocol defined in RFC821 and updated several times after. SMTP is used to exchange emails between servers. With the proliferation of client devices such as PCs, and later laptops or smartphones, several protocols have defined to enable clients to retrieve emails from servers. The most popular are POP and IMAP. These two protocols are classical ASCII-based protocols where clients and servers exchanged commands encoded as one ASCII line over a TCP connection.

Nowadays, pure ASCII like SMTP, IMAP or POP are becoming less popular among implementors that prefer to use libraries to exchange structured data. JMAP, defined in RFC8620 is a new generic protocol that allows to synchronise objects between a client and a server. The first utilisation of this protocol is to retrieve email and provide a similar service as IMAP. This utilisation of JMAP to retrieve emails is described in RFC8621.

If you want to dig into this new protocol, you can find additional information on https://jmap.io. 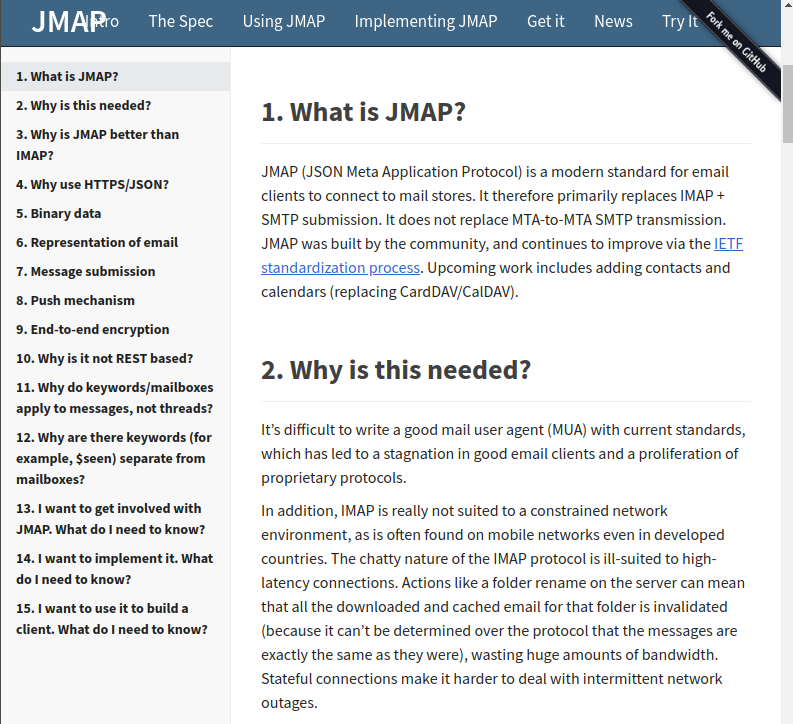 Stéphane Bortzmeyer has also written a nice description of the protocol on his blog in French : https://www.bortzmeyer.org/8621.html