The large size of the IPv6 addresses enables unexpected use cases and nice demos. Using a Raspberry PI, Markus Klock has designed an open IPv6 board where anyone can write short messages by sending IPv6 ICMP packets. The raspberry listens to IPv6 prefix 2001:6b0:1001:105::/64 and captures any packet sent to this prefix. To write a message on the board, simply encode the ASCII characters as the low order 64 bits of the address that you ping.

For example, to write !!!! on the board, you first convert the text in ASCII format (! is 21 in hexadecimal and * 2A) and then create the IPv6 address that includes these characters. The message can be written on the board with the following command.

Shortly later, the IPv6 board will show your text

The IPv6 board streams the output of the board on YouTube live, see an example below. 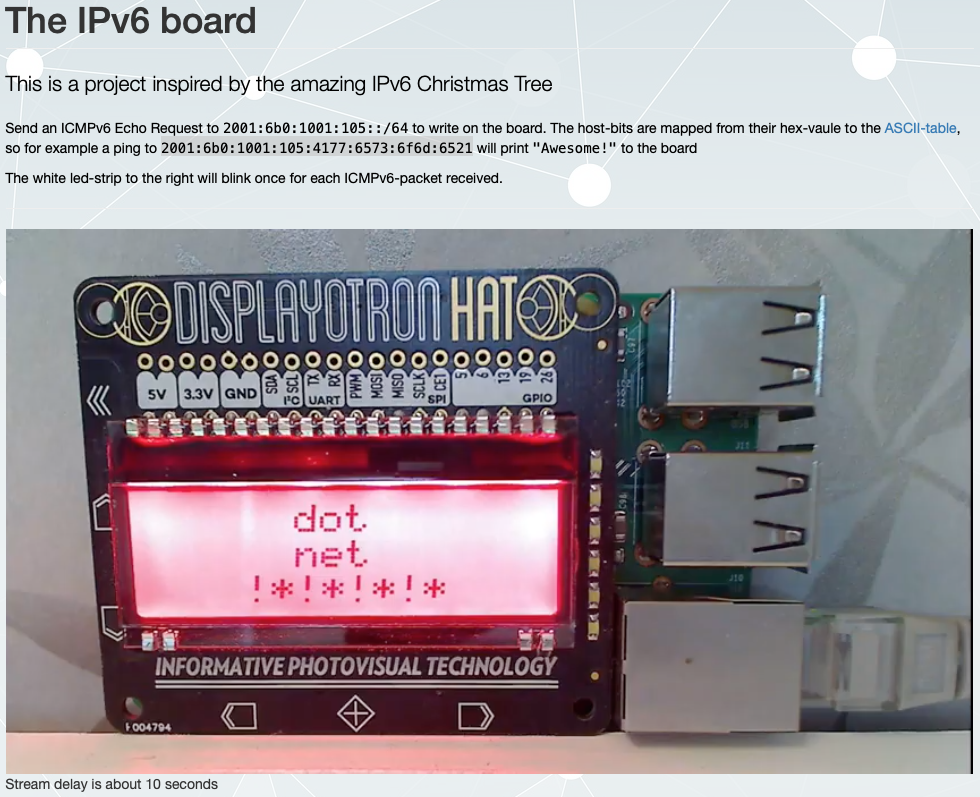