Five Years at the Edge - Watching Internet from the ISP Network

The Internet is a dynamic system that continuously evolves. This evolution can be observed from several vantage points. A recent article, entitled Five Years at the Edge: Watching Internet from the ISP Network and co-authored by Martino Trevisan and his colleagues from Politechnico di Torino provides an unusual and very interesting perpective on the evolution of Internet traffic. This paper was presented last week at the Conext’2018 and can be downloaded from the conference program page 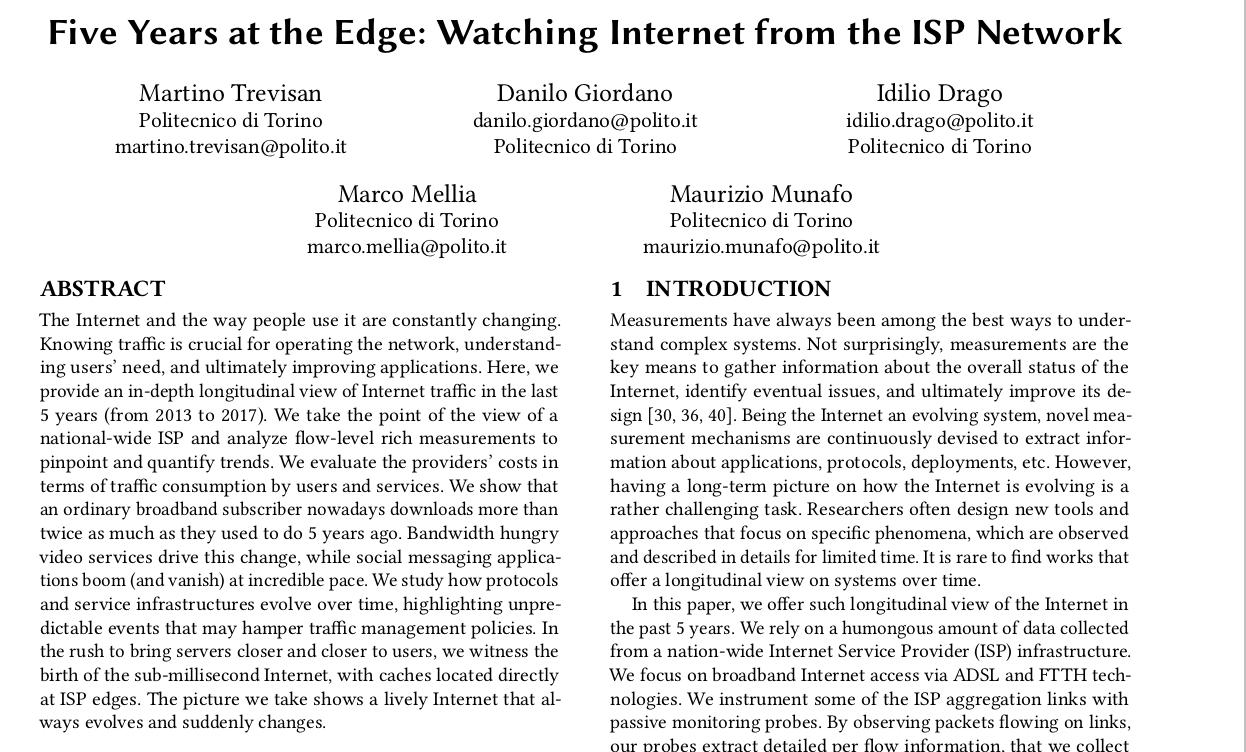 During the last five years, they have collected the packets exchanged by several thousands of home users attached to ADSL and FTTH links to an Italian ISP. These collected packets were then analysed by using tstat and specialised software.

They provide a wide range of measurements that cannot be summarised in a short blog post. Here are two examples that are very interesting. They first analyse the distribution of the traffic sent/receive daily per user and compare the results during the different years. The heavy-tail of this distribution is expected, but the difference between ADSL (1-20 Mbps download) and FTTH (100 Mbps download) is surprising. In 2017, ADSL users consumed more data than FTTH users in 2014. The current applications clearly encourage data transfers.