As the Internet gets older, it's important for networking students to also study its history

Many network experts consider the beginning of the ARPANet network in the US as the first days of the global network that we call the Internet today. The first ARPANet nodes were installed during the latest months of 1969. The Internet turns 50 this year. At the same time, the first networking researchers agreed to create a working group that later between ACM’s Special Interest Group in Datacommunications (SIGCOMM). Many of the articles that have influenced the development of computer networks and the Internet in particular have been published by ACM SIGCOMM. Computer Communication Review recently published a special issue that includes technical articles that summarise the evolution of computer networks. Several of these articles are particularly interesting for networking students:

Other more advanced topics are also discussed in this special issue that is entirely available online. 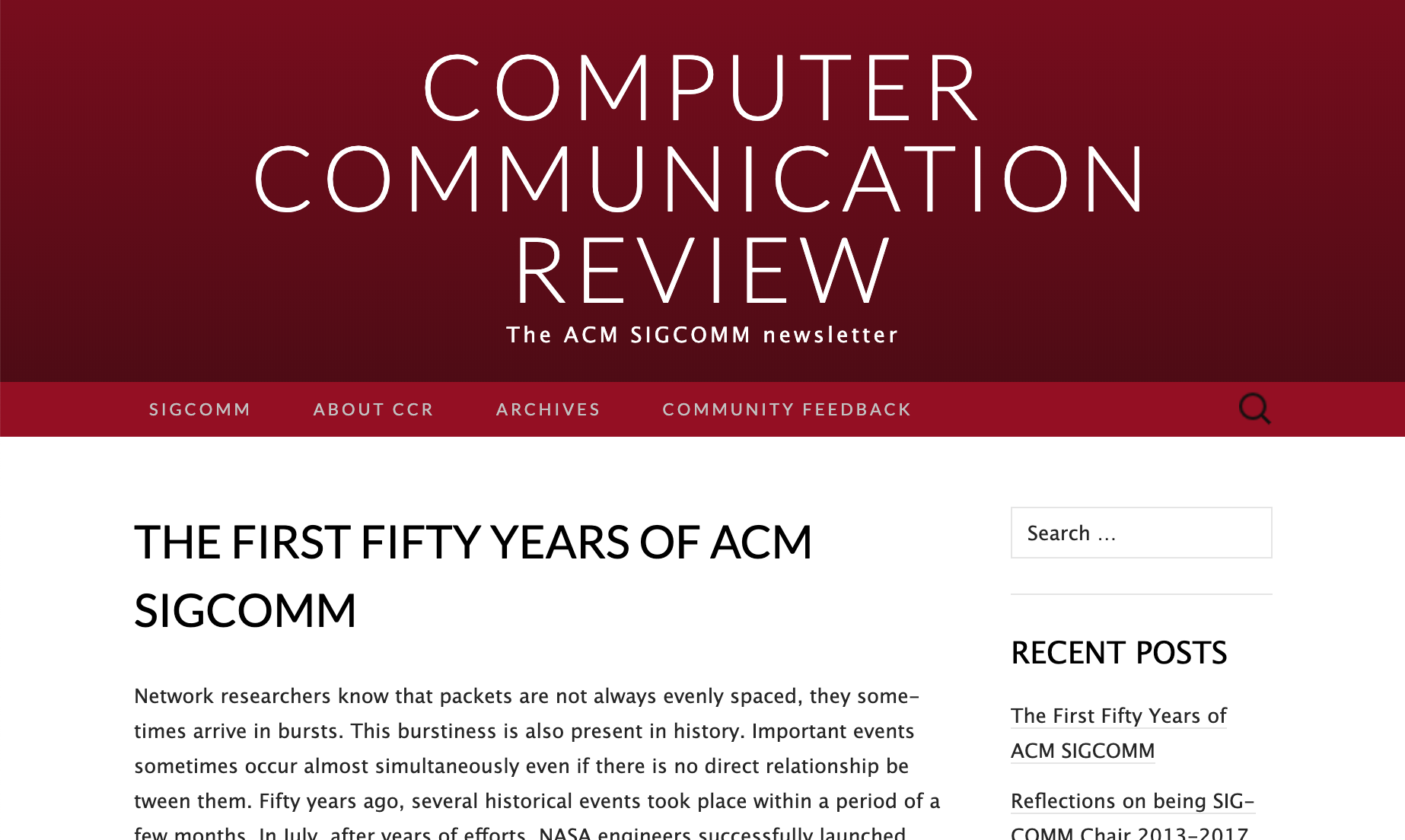